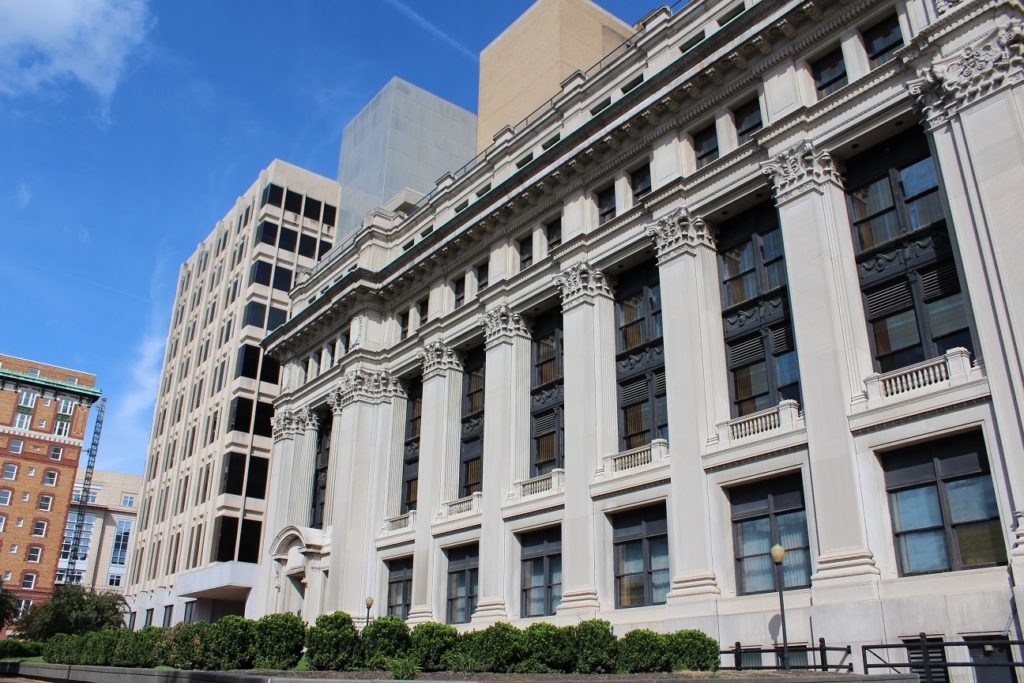 For more information on the history and significance of the GAB, see our architectural history.