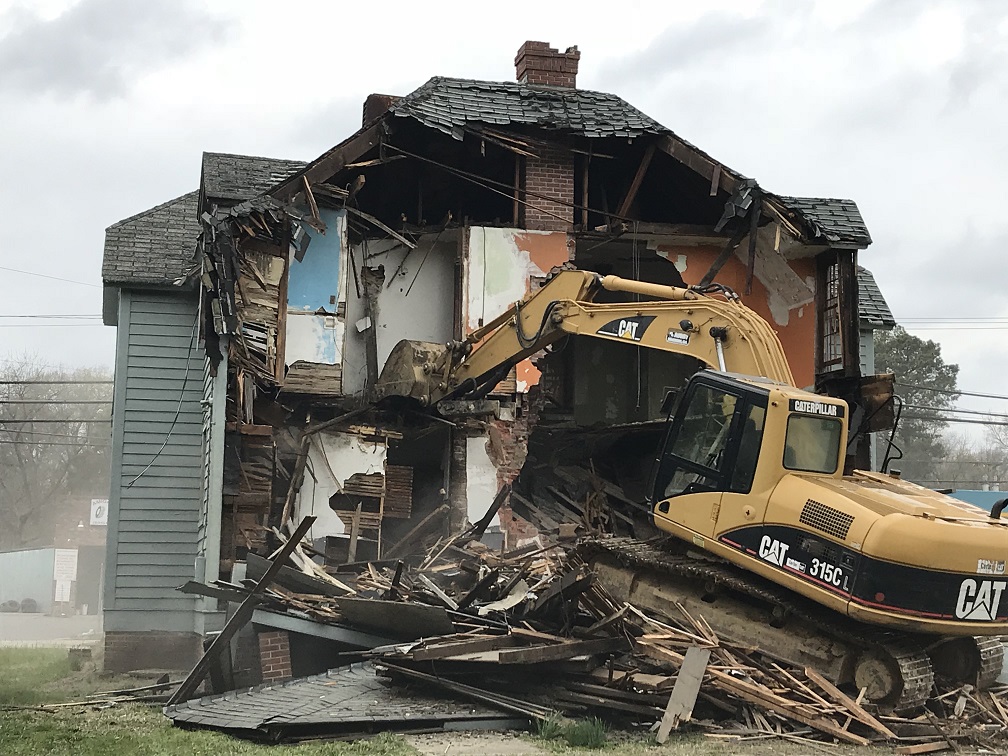 Richmond has so many buildings and places that connect us to our past and define who we are as Americans, as Virginians, and as Richmonders. They reflect the soul of our city, display the substantial human investment of many builders and users, and connect us to our community as a unique and authentic place.

As our year comes to an end, we wanted to update you on Union Cottage, which we first discussed with you in an April 2017 [email protected] social medial post. That post was shared more than 100 times and reached 25,000+ people and was widely covered by the news media.

Why the interest? Designed by Marion J. Dimmock, a prominent Richmond architect, Union Cottage was originally built in 1885 at the Robert E. Lee Camp, #1, Confederate Veterans’ Home to house 16 residents. The Veterans’ Home (now part of the site of the VMFA) was built with private funds, including donations from both former Confederate and Union soldiers such as General Ulysses S. Grant. Union Cottage takes its name from substantial donations by William Wilson Corcoran (of Washington D.C. and Corcoran Gallery fame) and other Union veterans across the country that funded its construction.Relocated and substantially rebuilt at its current location on Broad Rock Boulevard in the 1930s after the deaths of the last veterans, the structure was slated for demolition by the City of Richmond’s derelict buildings program.

The owner reached out to us in an effort to save the building. He would give the house away for free, but the other party would have to bear the expense of moving the house to a new site. Historic Richmond worked cooperatively with the City to delay demolition to explore saving the structure. We met with a number of interested parties, learning a great deal in the process.

First, we learned so much about the logistics and feasibility of moving a house! For example, if you do not intend to move a house very far, then it might be picked up and carried away on a truck. This method is not without its challenges. Telephone lines and traffic signals along the route may present obstacles to be avoided or moved. Police must escort the convoy. Cranes must be lined up to set the house onto a foundation at the new location. If the new site is located at a greater distance, then the house can be disassembled and rebuilt on the new site – this is how Union Cottage was moved in the 1930s to its current site. Both methods require a number of permits, as well as the involvement of architects, contractors, and engineers. Ch-ching!

We already knew that the expense of such a project would be daunting and wondered whether there might be a way to make the economics more attractive. Union Cottage’s story is unique, but the structure is not currently listed on any historic registers. Being listed on the Virginia Landmarks Register could allow some of the rehabilitation expenses to be offset by Historic Rehabilitation Tax Credits. (The HRTC is currently under threat, but that is another story!) We considered nominating Union Cottage to the Virginia Landmarks Register, but after much deliberation, we ultimately decided against this approach. We know that it can be very difficult to list a building once it has been moved. In this case, we knew the building would be moved again. Unless that move was to its original site on the VMFA grounds (how cool would that have been?), then Union Cottage most likely would not qualify for the Register.

We learned that, for many in the community, Union Cottage’s charms were undeniable. We heard that its story was compelling, reflecting both a reconciliation of sorts between the veterans of opposing sides in a brutal war that divided our nation and Richmond’s complex history relating to that conflict. We heard that Dimmock’s design, with its union of gables, dormers and shingles spoke of Richmond’s unique and authentic past. In the end, we had two parties very seriously interested in moving the house. Both thought the house told an important story and wanted to preserve the building by rehabilitating it as a residential dwelling. Both parties received estimates to move and rehabilitate the house but, ultimately, determined that the project would not be economically viable. An earlier fire had caused significant damage to the floor joists and plaster walls, limiting the amount of historic material that could be reused and complicating the entire reconstruction process.

Our heart breaks with the reality that a building representing Richmond’s unique and complex past will likely soon be lost. But, in this case, our hearts are warmed by the interest and engagement of those involved in this process. One of the interested parties even had the building 3D laser scanned by Prologue Systems and, as a result, the building has now been documented in far greater detail than before.

We plan to be there with camera in hand the day the bulldozers and wrecking balls do their work to continue that documentation. However, what we will choose to remember is the shared interest of so many in our community’s stories. 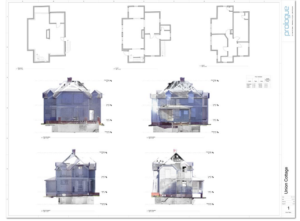