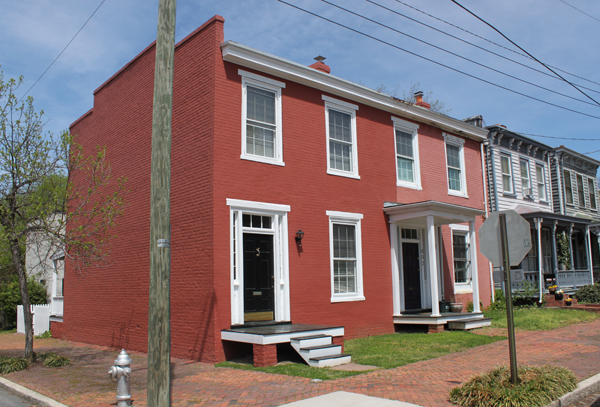 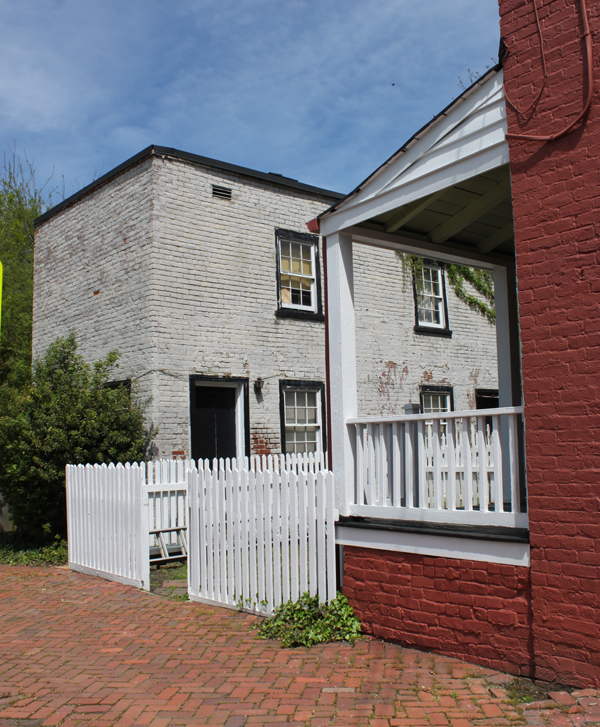 Hiram Oliver was a large-scale builder in the district. During the antebellum period, speculative building became the norm. Oliver was manager of T. C. Williams, a tobacco manufacturer, and also the first treasurer of the local Masonic Lodge. The house remained in his name until 1942.  This house is characteristic of the buildings constructed in the last years of the Greek Revival era. The stepped parapet at the end wall, flat lintels, and simple doorways are all elements of this period. Behind the house is a brick building that was possibly used for servants’ quarters. It is a simple, rectangular, two-story house.