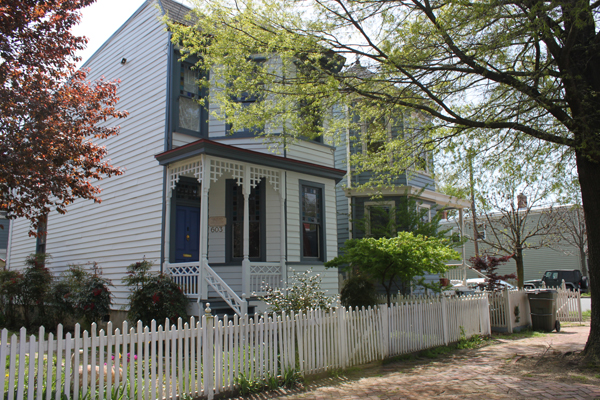 Both houses, 601 and 603, are presumed to have been built soon after 1884, when one of them was constructed by Robert Sims. Both were owned by Charles Jackson Billups, who operated the Billups Funeral Home at 2500 E. Marshall St. Number 601 is called the first Billups House and number 603, the second Billups House. They are particularly well-detailed, side-hall-plan, Queen Anne townhouses. The ornamental upper-window deads and the pinnacles on the top of each pyramidal roof are typical of the era. The porch on number 603 is original, whereas the porch on number 601 is a partial reconstruction.