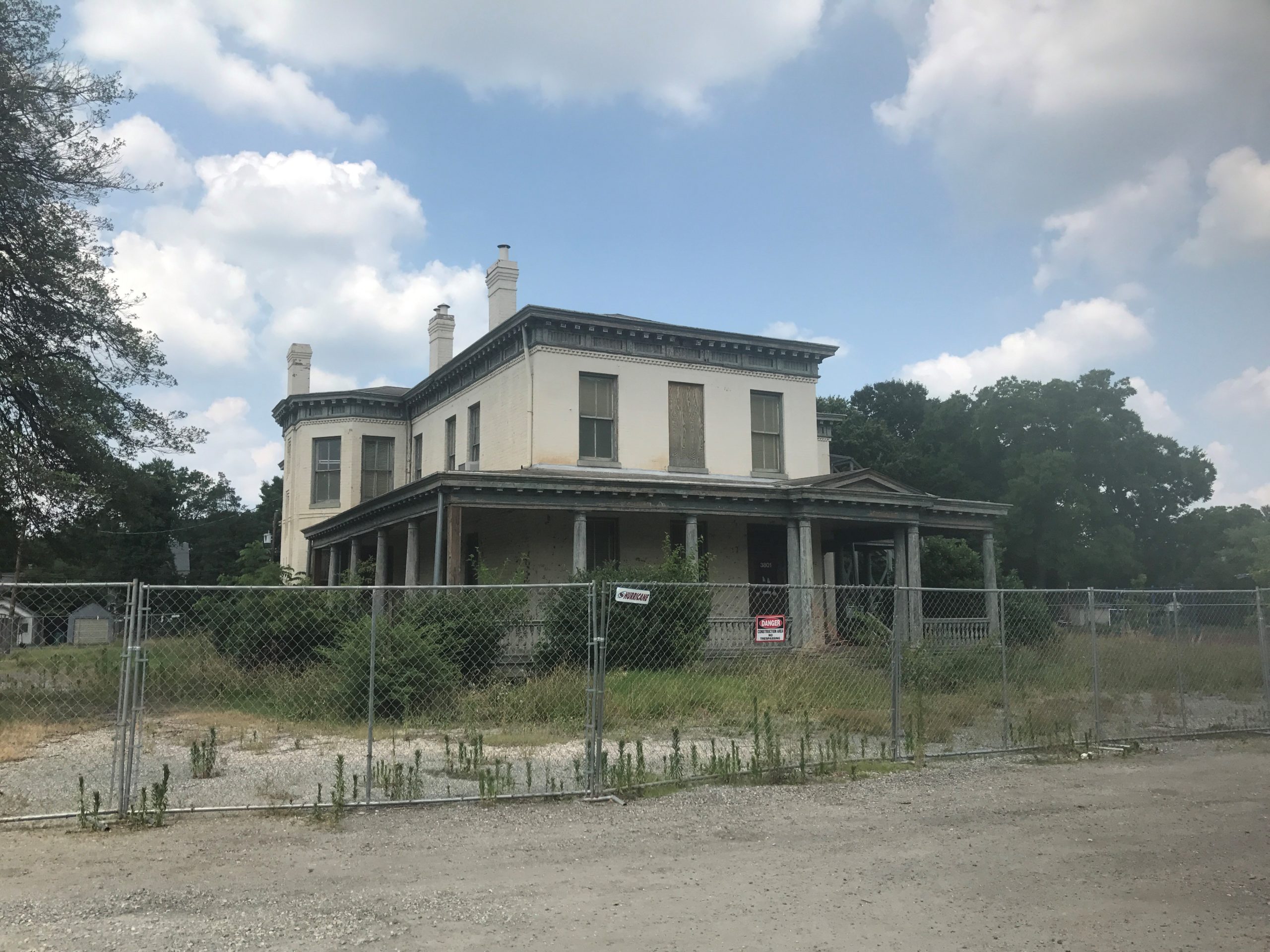 A number of historic resources are listed in Category Two or Category Three, including the Moore Street School (c. 1887, one of the oldest surviving public schools built for Black students, located in the Carver Residential Historic District), Thirteen Acres School (c. 1885, one of the oldest surviving structures in the Hermitage Road Historic District), the Richmond Garage, and Fulton Gas Works and, as such, are at risk. We have been advocating for a preservation approach to be taken in any RFP for the disposition of these properties.

Thirteen Acres School was originally a ca. 1885 farmhouse, one of the earliest dwellings in the Northside and pre-dating streetcar suburban developments. The house features a wrap-around porch, broad eaves supported by decorative dentils, a two-story bay window, and a hipped, slate roof. The property is named for its approximately thirteen acre.

In 1967 the property was sold by the Virginia Methodist Home for the Aged to the City of Richmond. Since then it has served many uses, including a special education school and municipal offices. In 1980 it became a school for emotionally disabled students until it was closed in 2007. In 1999 the Richmond Public Schools constructed A Linwood Holton Elementary School on the Thirty Acres tract, partially obscuring the view of the house from the surrounded streets.