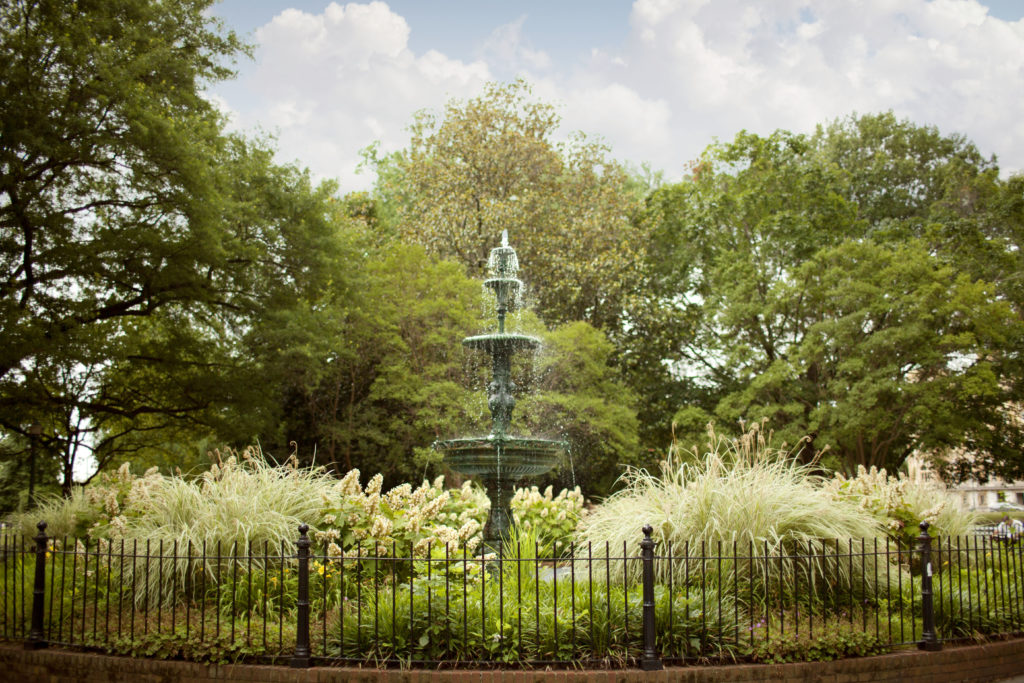 The park once served as the State Fairgrounds and housed a military hospital during the Civil War. After the war, the first organized baseball games in Richmond were played here. Today the park is a recreation destination for the neighborhood.

The Fan District’s name derives from the street pattern created by the pentagonal shape of Monroe Park, the base of the district. The streets that fan westward from Monroe Park contain residential structures, many built between 1880 and the 1920s. In order to promote the residential development that continued westward, the city established a series of public parks. Most the other Fan parks are triangular due to the intersection of diagonal cross streets with the expanding east-west pattern of Fan streets.