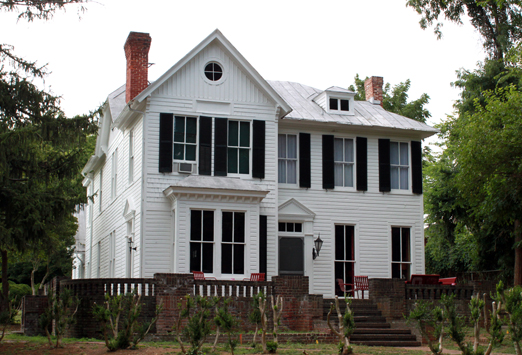 Built in 1889, Marburg is the oldest standing residence in the Byrd Park/Carillon/Maymont area. Maymont itself would not be completed for another 4 years. In early newspaper reports it was consistently referred to as a “handsome”, “attractive”, and “delightful” residence near the “new Reservoir Park on the road the new Pump House”. Even by 1936, Marburg was surrounded by very few homes and retained its country feel – which is still evident today.

In 2013, the property was sold to developers whose initial plan was to demolish house and replace with 6 upscale homes. Historic Richmond partnered with Dr. Williams Lipps who was interested in purchasing Marburg and restoring it to its former glory. After 7 months of negotiations, Historic Richmond and Lipps brokered a compromise with the developers. A contract for purchase was executed to Lipps on reduced acreage (0.355 acres).