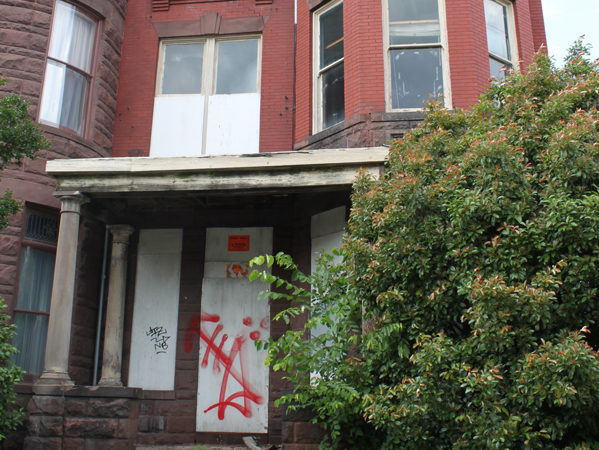 Historic Richmond has been monitoring 1006 W. Franklin Street for several years. Vacant for a number of years, the building had been allowed to deteriorate and accumulate multiple code violations. It is a contributing building in the West Franklin Street Historic District and boasts a Brownstone base and with pressed brick façade and three-story bay windows.

The property was acquired by the City of Richmond in May 2014. Historic Richmond will be working with the City to find a qualified owner.

Updated July 26, 2016: After much due process and paperwork, this property is finally going to be sold to a new owner! This property will be auctioned on Tuesday, August 23, 2016 at Motleys as part of the 2016 City of Richmond Tax Delinquent Sale. For more information, click here.