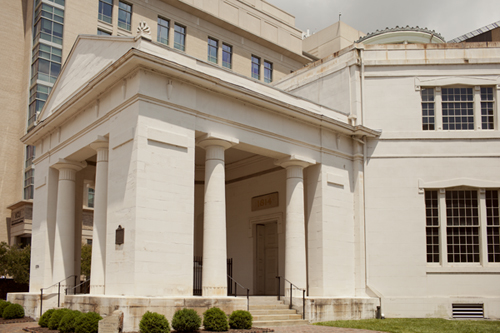 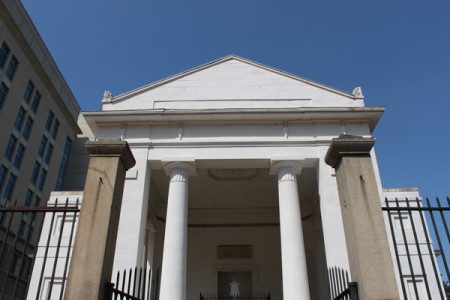 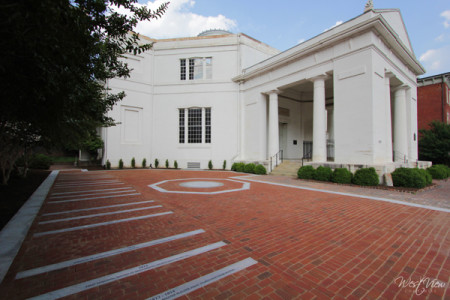 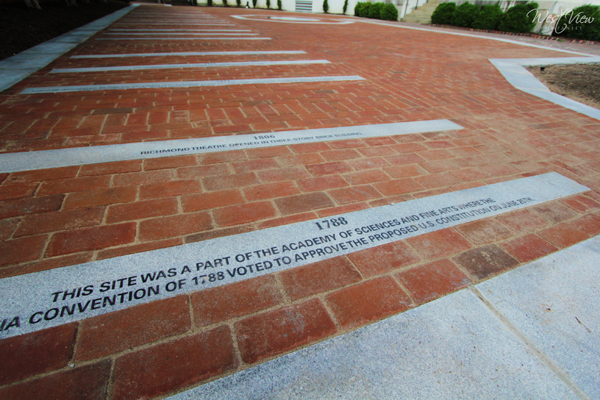 On December 26, 1811, a fire at the Richmond Theatre claimed the lives of over seventy-two people, including the governor. Robert Mills, America’s first native-born, professional architect and a student of Thomas Jefferson, designed Monumental Church to be built on the theater site. The church is an unusual octagonal form capped with a dome. The monument under the front portico is inscribed with the names of the dead. Monumental Church served as an Episcopal  church until 1965 when it was given to the MCV Foundation. It is now owned by Historic Richmond. An interior paint restoration has been completed, and the grounds have been restored. The church is available for weddings and open by appointment.