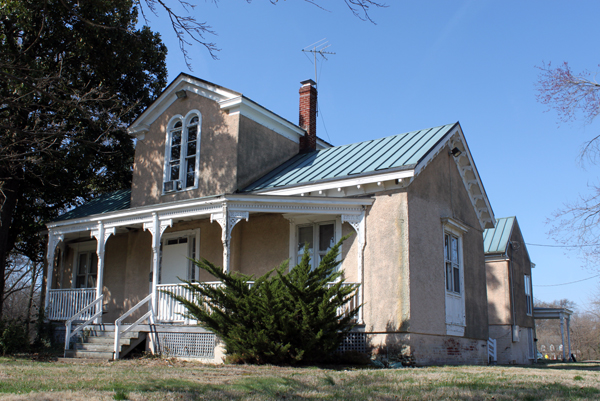 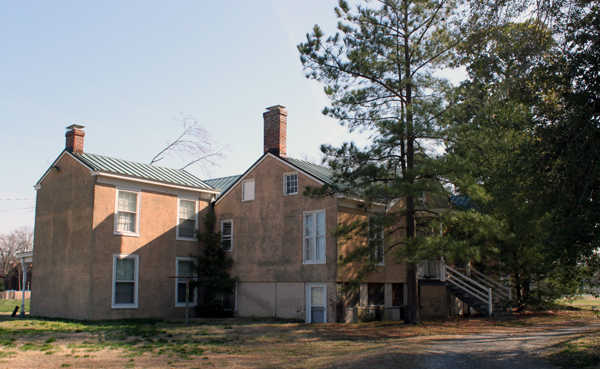 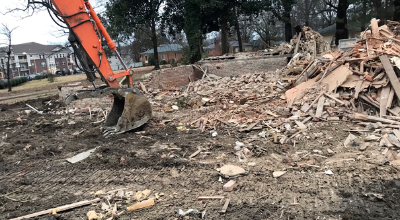 It is profoundly distressing that Union Presbyterian Seminary has demolished one of the oldest surviving structures in Northside – Westwood house, also known locally as the McGuire Cottage. We share the outrage of those in the community who, like us, worked for years to develop creative preservation solutions for this structure. Since 2013, we have worked with the neighborhoods, our preservation partners at Preservation Virginia, and other nonprofits to help Union Presbyterian Seminary to chart a path for restoration and reuse of this historic structure. Despite our best efforts, they demolished the structure earlier this week.

The house was significant as one of the oldest remaining homes in the Northside area around Sherwood Park and for its evolution as a country house. The original Greek Revival style cottage likely was built in the early 1800s, although some speculate as early as 1790. In the 1880s and 1890s, the house evolved through several building campaigns with the Italianate Cottage style addition that reoriented the front of the building to the East towards Brook Road built by Dr. Hunter McGuire after he acquired the property. Lewis Ginter incorporated Westwood into his grand vision for Sherwood Park and the development of the Northside streetcar suburbs. The building had, and the remaining portion of the Westwood site still has, much to teach of us the evolution of the area and the people whose lives were touched by it.

The Seminary’s statements as to their reasoning for pursuing the demolition ring hollow. The Seminary has threatened to demolish the cottage for many years, despite repeated, consistent, and strong community opposition to demolition. (We listed it among our most at risk properties in 2015.) In November 2015, after a hearing at which many community members expressed their opposition to the proposed demolition and to the proposed development of the parcel, the Board of Zoning Appeals expressly prohibited the Seminary from demolishing the cottage for a three-year period.

Over the years, we have brought architectural historians and other experts from the Department of Historic Resources to the site to evaluate the historic significance of the structure. It was deemed eligible for listing on the Virginia and National historic registers, but the Seminary as property owner would not support a listing. We also have brought several historic preservation contractors to see the property and evaluate its suitability for rehabilitation and adaptive reuse – all confirmed that it could be saved. Indeed, we believed the structure to be in better shape than many we see. Last year, working with Preservation Virginia, we brought a fellow nonprofit with expertise in affordable housing and historic preservation to see the cottage. A reasonable and cost-effective proposal for rehabilitation and adaptive reuse was provided to the Seminary but the Seminary opted not to pursue it. Thus, after the expiration of the BZA’s three-year prohibition on demolition and with no legal protections requiring further consideration before demolition, the Seminary demolished the structure.

What YOU Can Do:

We are pleased to see these important policies recommended by the Richmond 300.  Such policies might have helped avoid this situation with the Westwood house. In addition, we note also that many of the preservation positions in the City’s Planning Department remain unfilled, and urge the City to fill those positions.

Community members who share our dismay at this demolition should write their City Council members, the Mayor, DCAO Sharon Ebert and Acting Planning Director Kevin Vonck to request: (1) the immediate implementation of a demolition review policy; (2) development of a preservation plan; (3) development of zoning districts that support, protect and enhance neighborhood character; and (4) utilization of the spot blight program, all as called for in the Richmond 300; and (5) the City address the critical understaffing of preservation positions.

Westwood was the summer home of Dr. Hunter Holmes McGuire, personal physician to Thomas “Stonewall” Jackson, Lewis Ginter, and one of the founders of the Medical College of Virginia.

Originally the house was a Vernacular one-and-a-half story dwelling built on a Flemish bond foundation. The structure evolved over several building campaigns and took on the appearance of an Italianate Cottage style house. Additions reoriented the front of the building by the 1880s-1890s.

The main section of the house is a cross-gable plan and features a large tri-partite window in the upper story of the front cross-gable. The front porch is ornamented with turned and carved wood details.  A free standing staircase remains a defining feature in the front entrance hall.

The Union Presbyterian Seminary purchased the home shortly following Dr. McGuire’s death in the 20th century, when it was added onto and converted into apartments for married students. The house has been vacant and used by the college for storage since the mid-1990s.

For more information on the architectural history of the McGuire cottage click here.