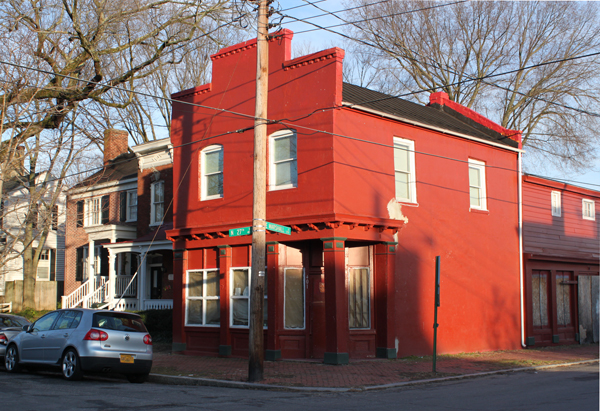 Between 1813 and 1815, Charles Wills, captain of the local Camp Holly Militia, built a unique, two-story brick store at 401 N. 27th Street. Wills at one time owned the entire block and resided at 407 N. 27th Street. He opened the first grocery store in the area. The building was originally a 30 x 20 two-story brick structure with a wood-shingled roof and arched windows on both levels, according to its 1815 Mutual Assurance Society Fire Insurance policy. A wooden addition was built between 1858-1860. Later additions include the stepped-parapet roof facade and corner entrance.

The neighboring grocery competition and the end of World War II led to the closure of the grocery business on this corner.  The store reopened as a laundry and remained in business until 2004. In 2008, the storefront was in danger of collapse and Historic Richmond encouraged the city to use the spot blight abatement tool to address concerns with the blighted property. We have continued to monitor and encourage the rehabilitation of this property. This structure is believed to be Richmond’s oldest commercial building.